Policing of Nuclear Weapons Proliferation is Failing Without The U.S and Russia

by Nelly Kalu | May 17, 2022 | Nuclear Policy and Security, Nuclear Threats and Security | 0 comments 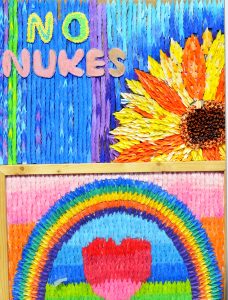 As part of the theme on nuclear threats and security for this year’s WPI program, we met with Rachel Bronson, the president and CEO of the Bulletin of The Atomic Scientists, a 75-year-old magazine created by scientists directly involved in the Manhattan Project, a U.S research project in 1942-45 that produced the first atomic bombs.

These scientists decided, after being overruled on their suggestion to not use these bombs on a civilian population, that there was value in an organization that informed the public on the state of modern science and what was needed to reduce man-made threats to our existence. They established The Bulletin in December 1945, four months after the U.S. bombed Hiroshima, Japan, in the Second World War as a place where scientists connect with the public.

The Bulletin is located in Chicago where the atom was split in 1942, at the University of Chicago. They are also the caretakers of the doomsday clock. There are three main goals of the organization to engage and educate the public about nuclear technologies, to create a place where scientists and engineers who are conflicted about the implications of their inventions can publish their work and engage the public, and to “manage the dangerous presents of pandora’s box of modern science.”

According to Bronson, the founders believed that modern science was moving too quickly and that it had immense implications and global consequences. So they created a place to debate the dual use of modern technology. These same technologies, especially nuclear technology, produce radiation therapy for cancer, and power spaceships to Jupiter. In anthropology, nuclear technology is used in dating ancient objects. It also can electrify the planet without the effects of climate change. Yet, it is also capable of the deadliest weapons of war.

The organization focuses on civilization-ending technologies that pose an existential risk to humanity. For example, gene editing technology is a great idea with great benefits – and great threats. But who decides which of these technologies poses a greater risk than a benefit? The most powerful country in the democratic world is one of the two countries with the most nuclear weapons in the world. It is, therefore, ironic for America to play the dual role of being the weaponizer and the one who saves the world from the risks of nuclear weapons.