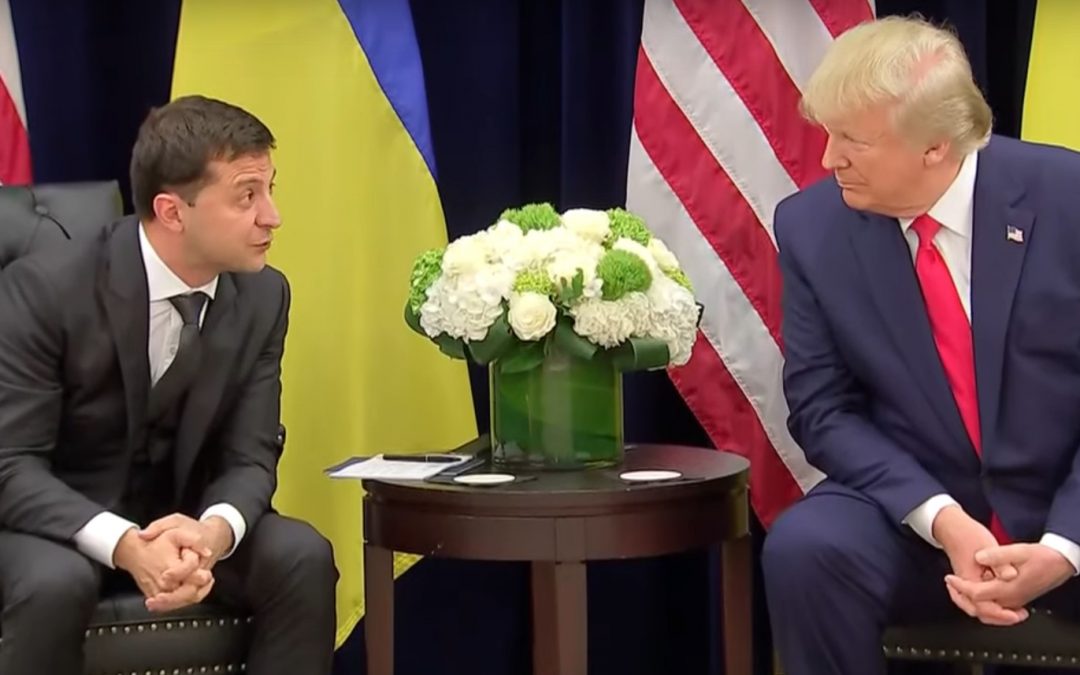 In his victory speech after the presidential election in Ukraine this April, Volodymyr Zelensky said: “As long as I am not officially a president, I can say as a citizen of Ukraine to all countries of the post-Soviet Union: ‘Look at us, everything is possible.’”

Even that moment, “everything” might not have included “being a central figure in an impeachment inquiry – for the president of the United States” in his mind. But here we are.

There are countless ways to describe the current American political crisis – from a legal, constitutional, historical or moral perspective in terms of domestic or international politics. But it’s also worth noting that both stars of this tragicomedy episode are coming from the world of television.

Donald Trump was the host of the reality TV series “The Apprentice” for 14 seasons, and his media skills were arguably the most important factor behind his win in 2016. His presidential style has more in common with reality TV than with conservative politics.

Before becoming an actual president, comedian Volodymyr Zelensky used to play the head of the state in the popular TV show “Servant of the People.” Zelensky’s character was a schoolteacher who accidentally became a president, and tried to use “the common sense of the everyman” in the complex swampy world of oligarchs and ridiculously corrupt politicians.

Zelensky’s real-life campaign promise was basically acting like the character in reality. His party is called the “Servant of the People,” and he announced his candidacy on New Year’s Eve. Initially, few people took him seriously, and the campaign was full of surreal moments, like a presidential debate held in a football stadium, and drug and alcohol tests for the contenders. A moment came, though, when people started to believe it was actually possible for him to win, and, from that point, it was not a joke anymore.

The summary of the Trump-Zelensky phone call shows quite a different character.

“He looks like a very weak negotiator … it’s not his level. The only thing he did was agree with Trump,” said Vitaly Sych, chief editor of the Ukrainian news magazine Novoye Vremya, to Politico. This could be especially embarrassing for Zelensky, because after this, “it will be tough for him to stand up for Ukraine’s interests with veterans like Putin,” he added.

In the joint press conference with Trump last week, Zelensky said he didn’t feel pressed in the phone call. According to a BuzzFeed News report, “Ukraine was still checking its bank account for U.S. aid for a month after the Trump call,” believing the $391 million was already on its way to Kyiv.

We couldn’t possibly know yet where the story will turn from here. For all the noise in the international media, domestically in Ukraine the story hasn’t had an impact on Zelensky’s popularity so far. It’s also possible for the other TV star, Trump, to emerge victoriously after all this with a second presidential term. Still, this episode shows that while reality TV-style politics has infiltrated our public life around the world, sometimes it meets reality itself.