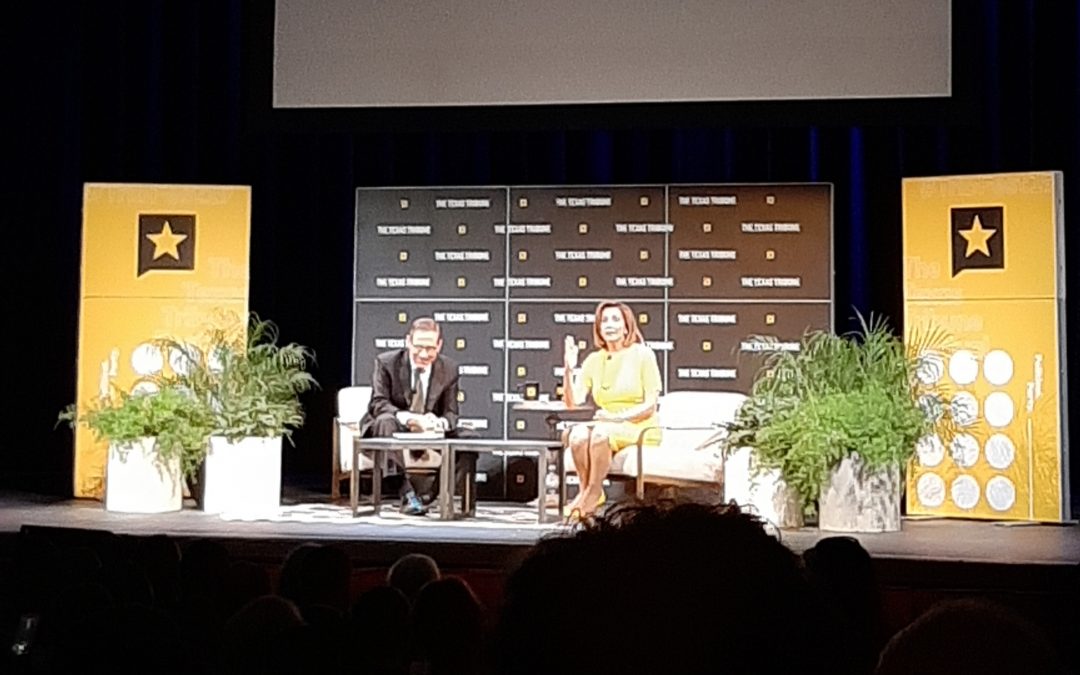 The biggest political turmoil since 2016

House Speaker Nancy Pelosi replied with two words when she was asked what changed her position about the impeachment of Donald Trump. “The facts,” she said, during a live interview on stage at the Texas Tribune Festival last week.

We are in the middle of the biggest political turmoil of U.S. politics since the 2016 election. In the last two weeks, we learned that Trump tried to pressure Ukrainian President Volodymyr Zelensky to investigate his rival Joe Biden, and White House officials moved the transcript of the conversation to a different server to try to cover it up.

“A president of the U. S. would withhold military assistance paid for by taxpayers to shake down the leader of another country unless he did him a political favor. That is so, so clear,” Pelosi said in Austin. According to her, Trump gave the House of Representatives no other choice, but to start an impeachment inquiry. Trump vehemently denies any wrongdoing, and called the procedure a witch hunt.

For the speaker, this is a huge shift. Several Democrats tried to convince her to start an impeachment before, for different reasons, including the findings of the Mueller report, but she was unmoved. “Pelosi was reluctant, worried that there was not enough evidence to prevent a backfire scenario in which Trump would emerge from impeachment still safely in office, emboldened, unchallenged by his own party, a martyr with an enhanced prospect at reelection,” wrote David Remnick, editor of New Yorker last week in an interview with Pelosi.

After the latest events, Pelosi is not talking about this anymore. In Austin she said now it is not important how the procedure would affect the Democrats politically. “It doesn’t matter,” she said. “Our first responsibility is to respect and protect the Constitution.” “This is a very sad time for our country. There is no joy in this. It’s sad. We must be prayerful, and we must pursue the facts further.”

She added the procedure “will take as long as the Intelligence Committee needs to follow all the facts.” And, based on polls, it appears Americans increasingly support the inquiry. According to a new CNN poll, public support for impeachment is rising, with 47% of Americans in favor of it.

“An entire landscape of political feeling that felt drearily constant seems to have changed,” wrote Slate’s Lili Loofbourow in the article “The Week That Everything Changed’. She argues that last week’s developments “seem to have blown open political possibilities that were previously unthinkable,” and Democrats suddenly found their voice after their previous position of relative powerlessness. Even on Fox News, senior judicial analyst Andrew Napolitano said Trump’s actions are “arguably impeachable”.

However, Democrats still have a presidential campaign to run, and if they focus too much on the impeachment instead of policies, there is a good chance they could lose again.

On the same day when the impeachment inquiry was announced, 2016’s other political earthquake, Brexit, also reached a critical point. The British Supreme Court ruled that PM Boris Johnson cannot suspend the Parliament to push no-deal Brexit. The parallel did not go unnoticed by historian Anne Applebaum. In the Washington Post, she wrote: “When the history of this era is written, Tuesday, Sept. 24, 2019, will be remembered as the day when venerable Anglo-American democratic institutions fought back against Anglo-American leaders who sought to undermine them.”