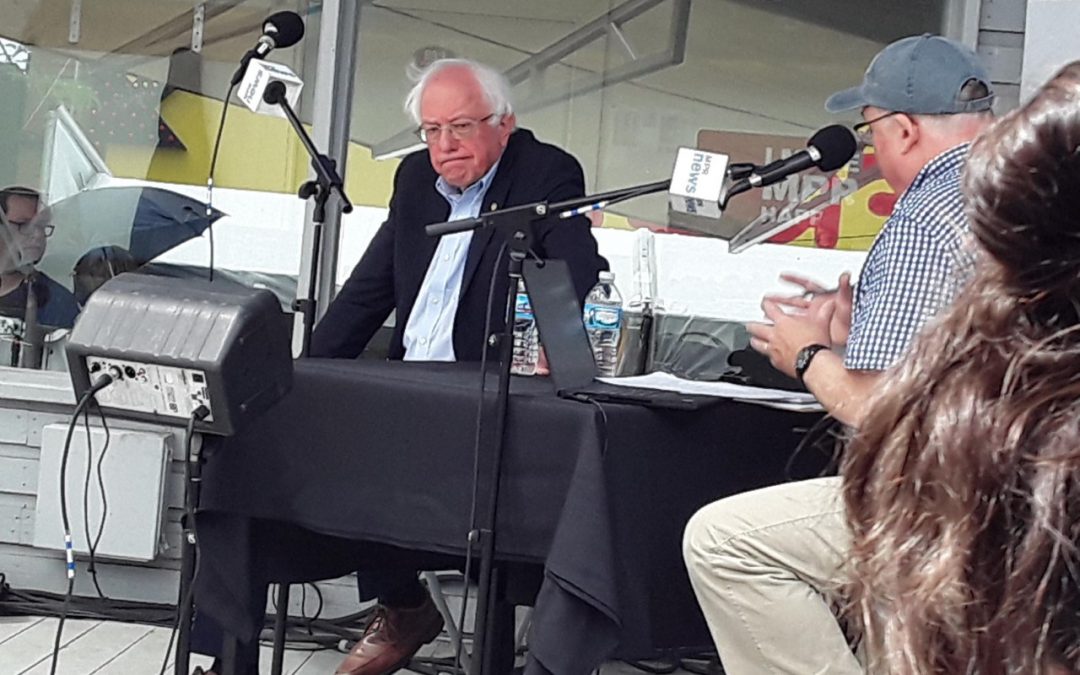 Sanders supporters will feel the burn, not the Bern, if he loses nomination

Unlike a lot of politicians, Bernie Sanders doesn’t mince his words.

“It is absolutely imperative that we defeat the most dangerous president in the history of this country,” said Sanders, one of a large group of Democrats hoping to be their party’s candidate in next year’s presidential elections.

The 77-year-old from Vermont also called Donald Trump “racist” and a “demagogue” at a recent campaign event at the Minnesota State Fair.

The Einstein-haired, gruffly spoken Jewish senator is – along with Elizabeth Warren – one of the most progressive of the Democratic challengers and, in a country where for many ”socialism” is a dirty word, nevertheless gained a huge support base when he ran for his party’s nomination against Hillary Clinton in 2015.

Clinton got that mantel, however, and many Sanders supporters think Trump would not be president today if it had gone the other way. They are worried that could happen again in 2020.

“I think if we put up somebody like (Joe) Biden or (Kamala) Harris or some of the more centrists, it’s going to be tight,” self-titled “Bernie Bro” and 22-year-old student Daniel Huset told me the rally at the fair grounds.

Despite the sea of blue “Bernie” shirts, the audience at the rally was far from homogeneous. They were young, old, all genders, some sporting marijuana T-shirts and nose-rings, but also at least one woman in a hijab. 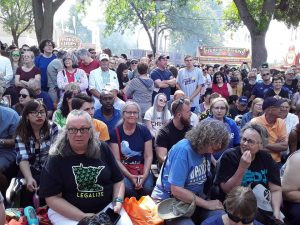 The senator took questions from supporters, who asked about health care, immigration and gun laws. No one asked about foreign policy.

Audience member Toni, 17, tells the senator she’ll be voting for the first time next year, and wants to know his position on gun control after a spate of school and other public shootings.

“We will end the sale and distribution of assault weapons in this country,” he tells her to loud applause.

He goes on to answer questions on climate change and promises to get miners “good paying jobs” in other industries. Mining is a major topic of debate pitting environmentalists against workers in another Minnesota town I later visit, Ely, and the United States in general.

Healthcare is also high on the agenda for most, with Sanders ruing the fact that sickness or injury can bankrupt Americans.

“Bernie Bro” Huset, who sports a backward baseball cap, says healthcare is his number one issue because it directly affects his family, with one relative suffering from diabetes and another – a victim of America’s opioid crisis –  addicted to prescription drugs.

He “cringed” when he voted for Hillary in 2016, the political science major adds, “but you have to be practical.”

Despite his support for Bernie, he’ll vote for whoever the Democratic candidate is next year, he tells me.

That’s not the case for die-hard Sanders backer Judy Bjorke, a retired social worker, who is standing nearby at the rally.

“I will not vote for Joe Biden against Trump,” she says. “There’s no difference.”

It seems to me that if the Democrats are at odds like this again – as they were on Hillary in 2016 – and don’t follow an “anyone but Trump” ethos, the president could well get another term.