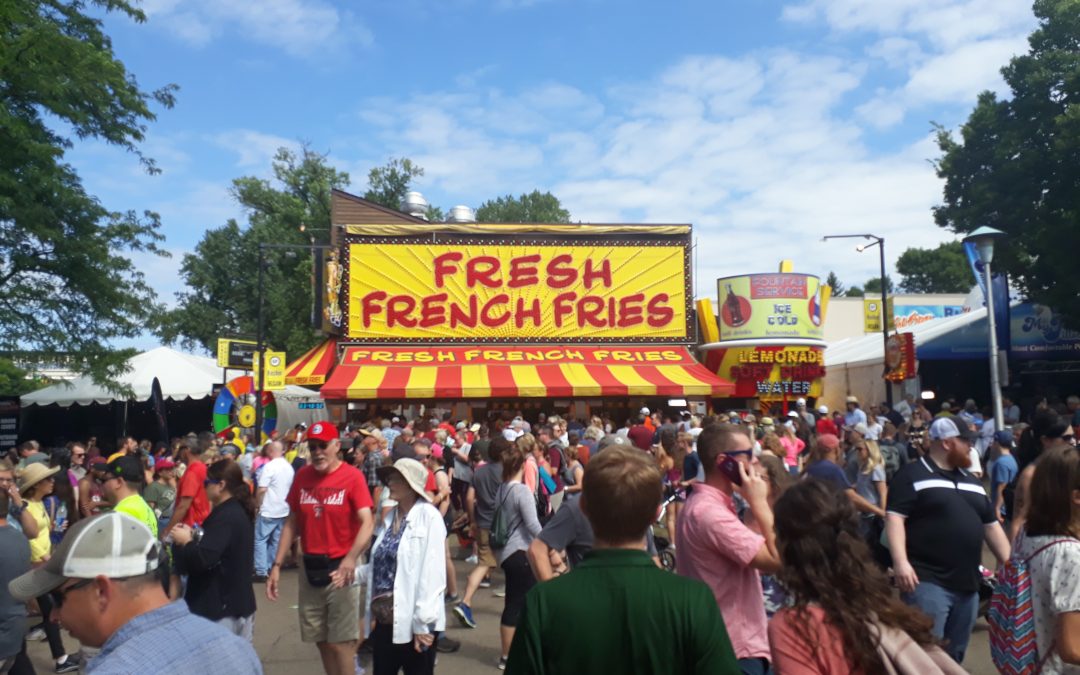 The Invisible Primary: Why presidential candidates must show up at the Iowa State Fair

Looking at the American electoral system and the presidential election process from a foreigner’s point of view, there’s only one word to describe it: incomprehensible.

There are primaries, caucuses, delegates and superdelegates. The general election itself is a winner-takes-all-system, where the popular vote does not fully determine who becomes the president. Instead, the commander in chief gets chosen through a process called the electoral college, in which the popular vote in each state selects which candidate or candidates receive their state’s vote.

It feels unjust that the person who wins the popular vote doesn’t always win the general election. This happened in 2016, in 2000, and three times in the 1800s.  Also, this kind of bureaucracy is hard to understand when one comes from a country where the chief of state is elected through a direct popular vote. The current president of Finland, Sauli Niinistö, is so well liked that he won 62.6% of the vote in our elections last year.

But not all Americans understand the nuances of their system either, according to Timothy Lynch, an assistant professor of political science at the University of St. Thomas. He gave WPI fellows an overview of the rules and strategies of the U.S. presidential election.

We learned that this phase of the election process is called the “invisible primary”. Although the primaries will be held next spring and summer, the race started right after the 2016 presidential elections and has accelerated after the midterm elections last year.

There are early signals to measure a candidate’s popularity: the number of endorsements, the amount of donations, poll rankings and the amount of media coverage they are getting. These early indicators show that on the Democratic side Joe Biden, Elizabeth Warren and Bernie Sanders are doing well.

We also saw old photos of Donald Trump, Barack Obama, Hillary Clinton and Ted Cruz grilling pork and eating junk food at the Iowa State Fair.
Why are all the presidential candidates present in Iowa, which is a small midwestern state with only 3.2 million inhabitants?

Because the Iowa caucuses are the first major contest of the primaries. We learned that they are a strong indicator of how candidates will do in later contests. A win in Iowa in 2008 created momentum for Barack Obama, who was still quite unknown at that point of the contest.

I’ve learned almost everything I know about American politics from the TV series “The West Wing”, a political drama written by Aaron Sorkin that originally aired from 1999 to 2006.

So, after the lecture, I returned to my old favorite and watched an episode called “King Corn”. It pictures fictional presidential candidates Bob Russell, Matt Santos and Arnold Vinick in Iowa trying to gain support for their campaigns, visiting Iowa corn growers’ expo. Each made a speech about federal subsidies for ethanol. Even though Matt Santos was against the subsidies, his advisors told him he needed to support them in order to get elected.

That episode was filmed in 2005, but not all that much has changed since then. According to Reuters, Joe Biden may have an ethanol problem in Iowa. Ethanol is a corn-based biofuel that refiners must blend into the country’s fuel supply. According to Reuters, Biden was considered instrumental in orchestrating blending cuts of ethanol to help refineries with rising costs.

Ethanol is a good example of a topic both rural and economic that the candidates must balance with while trying to win over America’s Heartland.