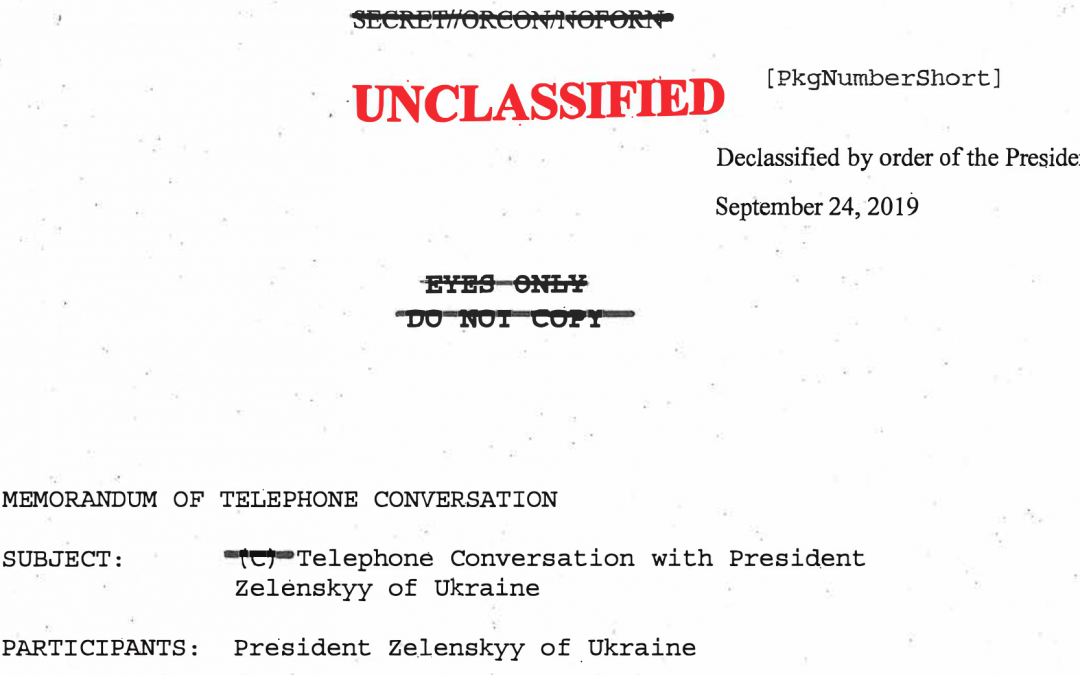 Not only was President Trump trying to coerce a foreign leader to find dirt on a political opponent, he also promotes a longstanding conspiracy theory originating in right-wing circles.

As the rough transcript of Trump’s conversation with Ukrainian President Volodymyr Zelensky reveals, Trump appears to promote a theory that Democrats planted the idea that Russians meddled in the 2016 election to delegitimize Trump’s defeat of Hillary Clinton in 2016. And that Clinton’s missing emails somehow wound up in Ukraine. 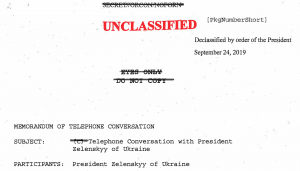 By bringing such hyperpartisan – and outlandish – ideas into the mainstream discussion and international stage, Trump gives them momentum. He legitimizes the most extreme right-wing corners of the internet, while not objectively scrutinizing information.

In fact, he’s done it often. From floating the idea that Bill Clinton was somehow responsible for the prison death of multimillionaire sex offender Jeffrey Epstein (it was ruled a suicide by hanging) to implicating windmills as cancer-causing and bird killers (they do not) to retweeting the far-right conservative theories of QAnon, Trump is arguably an American conspiracy-theorist-in-chief.

This got me thinking: What will Trump come up with next? Here are some fun new ideas for him.

1. Democrats in Congress are really Reptilians!

Proof: This study shows 4% of Americans believe in this alien race. So clearly, for some 12 million people reptilian humanoids exist and control politics. And if they exist, they must count among their number Joe Biden, who is currently Trump’s top public enemy. I googled: there is indeed a number of conspiratorial websites claiming the same. The question is whether Trump reads them.

2. The former vice president might have been involved in a conspiracy around Melania.

You probably remember her army-green jacket with these words written on the back in white: “I really don’t care. Do U?” Guess who wrote them: Sleepy Joe. Don’t ask why. We all know: he is a lizard, and lizards do nasty things.

No wonder that Trump is now draining the swamp, as he calls it.

3. Mexicans are sent by aliens.

Because calling them rapists is not enough anymore. We all know that it is not true. Trump should come up with something more unique.

4. Rep. Adam Schiff is behind the deterioration of Fox News.

Trump recently accused his once-beloved cable network of “letting millions of great people down.” Someone should be guilty. And House Intelligence Committee Chairman Schiff is easy to put the blame on. Because he could face “arrest for treason” anyway, as Trump said.

….I don’t want to Win for myself, I only want to Win for the people. The New @FoxNews is letting millions of GREAT people down! We have to start looking for a new News Outlet. Fox isn’t working for us anymore!

5. And finally, everyone will understand how blind they were when Trump will show the size and power of his “Nuclear Button.” It is much bigger than North Korean leader Kim Jong-Un imagined. Than Chinese President Xi Jinping imagined. They will all gather and look in disbelief, while Russian President Vladimir Putin will be tugging on former President Barack Obama to pull him close (such fake image was circulating on some right-wing websites).

This will be the biggest crowd EVER.