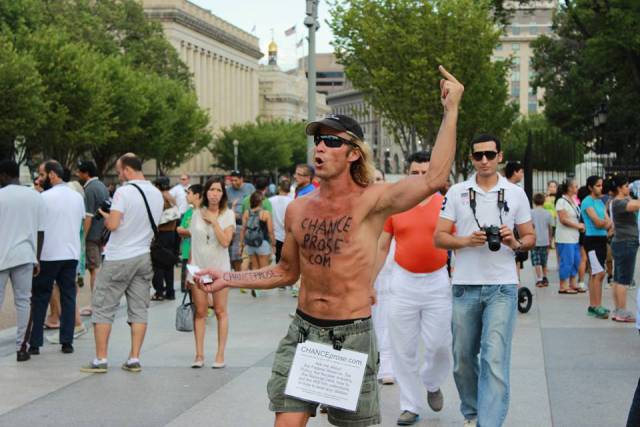 The privilege of protest

If you’ve visited the White House in the last few weeks, it’s likely you’ve bumped into one of the Capital’s more colourful characters. His name is Chance Camelslayer Addison (the Camelslayer part is trademarked, by the way), and every day he stands, not so silently, and flips the President the bird.

His grievances are somewhat convoluted and have something to do with wanting to be his own private entity so he doesn’t have to pay tax. To be honest, I’m slightly concerned about his mental health. And his physical health, at that, as he stands shirtless with the sun beating down on him day in and day out outside one of America’s most iconic buildings.

But, as I think about it a bit deeper, I’m really glad to see him there, sticking up his middle finger and sprouting weird conspiracy theories.

Because the fact that he’s still there means he hasn’t been shot. He hasn’t been arrested. He hasn’t disappeared or been asked to move on. Chance Camelslayer Addison has been given the right to protest, and he’ll darn well do it wherever he pleases. Even outside the President’s house. 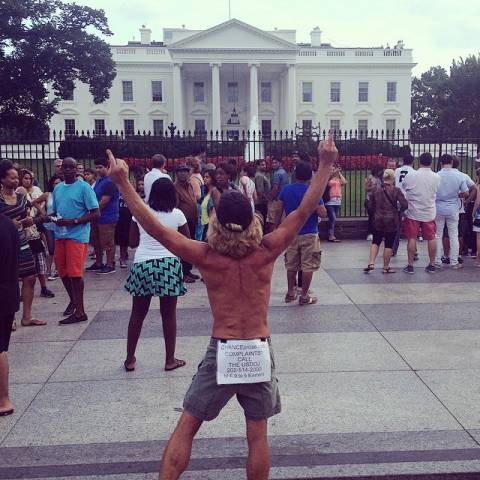 As an Australian, I feel very lucky to live in a country that lets me stand outside a public building and protest in any way I like, as long as it’s within the law and isn’t threatening or harming people.

Some of my colleagues aren’t so lucky.

On the same day that we had our ‘chance’ meeting with Chance, a Russian woman by the name of Olga Romanova was arrested for holding up a sign criticising the Kremlin for its role in the Ukrainian conflict. I don’t know what’s happened to her or whether she’ll be spared jail. 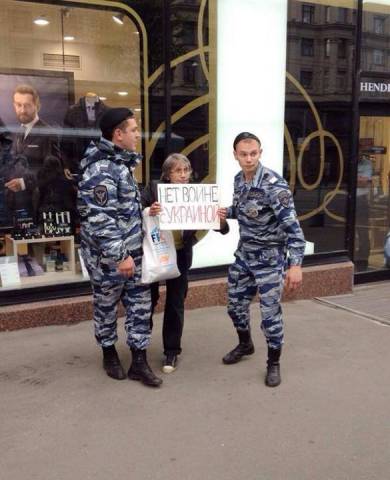 Citizens of some countries are so scared of their own governments – the very people tasked with looking after them, in theory anyway – that they’ll never carry a placard or hand out a pamphlet criticising those in power.

Sometimes, when things get really bad, these same reluctant people actually do take to the streets, and are mowed down, or fired at, or arrested. Some disappear without their loved ones ever knowing what happened to them. Women who’ve tried to voice their protest can be arrested and raped in jail without the perpetrators ever facing the repercussions.

In 2011, the world watched in awe as waves of protests, dubbed the Arab Spring, washed over the Middle East and North Africa. The people power we saw then was nothing short of breath-taking. Many are protesting still, with little change to show for it.

The fact that I can voice anger/concern/ridicule of my government in public without worrying about physical harm is, frankly, a privilege. My country isn’t perfect, by any stretch of the imagination. Neither is the United States, for that matter. The dismal handling of the Ferguson riots last month stands testament to that. But these incidents are the exception rather than the rule.

So the next time I see Chance I might shake his hand and thank him for exercising his democratic right as a free – albeit odd – citizen. It’s a freedom he may take for granted, though I am reminded of it daily as I hear stories from the intrepid and inspirational Fellows I’m travelling alongside.