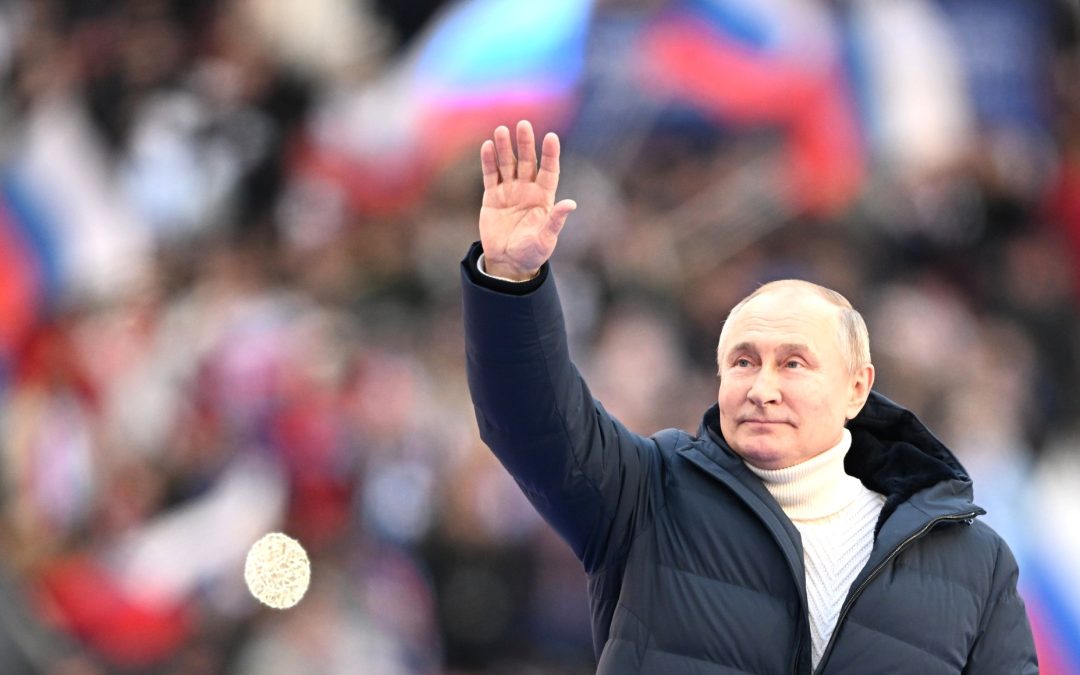 Time seen as ally in sanctions vs. Russia

Are the sanctions, which have not deterred Vladimir Putin thus far, likely to be effective in Russia? Michael McFaul, an American academic and diplomat who served as the U.S. ambassador to Russia (2012-14), believes it might lead to the end of Putinism in the long run.

“Putin did an immoral, unjustified, unprovoked thing to attack Ukraine, and so, therefore, there had to be a moral response for that — irrespective of whether sanctions work,” said McFaul, currently the Ken Olivier and Angela Nomellini professor in international studies in the Political Science Department at Stanford University, where he is director of the Freeman Spogli Institute for International Studies.

Following Russia’s invasion of Ukraine in February, the United States, the European Union, and several other countries introduced or expanded sanctions to include the Russian president and other government members, and cut off selected Russian banks from SWIFT, triggering a financial crisis and major international boycott of Russia and Belarus.

“The sanctions since 2014] didn’t deter Putin, they failed… that’s right. But please don’t assume that he is the only person in Russia that would matter for the rest of Russian history. Because that, in academia, we call equilibrium bias. We just think the world is going to be the same as it ever is,” added the 58-year-old, who has personally known the 69-year-old Putin, a former lieutenant colonel in the KGB, for around three decades.

In 2009, McFaul joined the Barack Obama administration as a senior adviser, where he was the architect of the so-called “Russian reset” policy. As ambassador, he was accused of “fomenting revolution” by the Russian state media. In March 2011, McFaul attended, in his official White House capacity, the meeting between then Vice President Joe Biden and Putin, which Biden characterized in his memoir as “argumentative.”

“I remember sitting in the White House Situation Room, listening to briefings on Iran in 2009, about how things will never change. In 2011, about the Arab world…. I remember them about Russia in 2011. I remember them about the Revolution of Dignity in Ukraine. I would just say there is a long game for sanctions as well,” said McFaul, who thinks sanctions worked well in the cases of South Africa and Iran, in the past.

“I just got off the phone with billionaires from Russia. They don’t like the sanctions. The sanctions are not in their interests, and they don’t think they are in Russia’s national interests. And we have some opposition leaders here from Russia, and they would say the same thing, that they are being punished by the sanctions,” he added. “I would say it’s premature to judge whether they are working or not.”

Asked to elaborate, McFaul said: “Are they having an effect on the economy? The answer is yes. Does it bring about a change in Putin’s behavior? My prediction is no.

“But might it lead to the end of Putinism over the long run? My answer would be to that, maybe, a qualified yes,” he added.