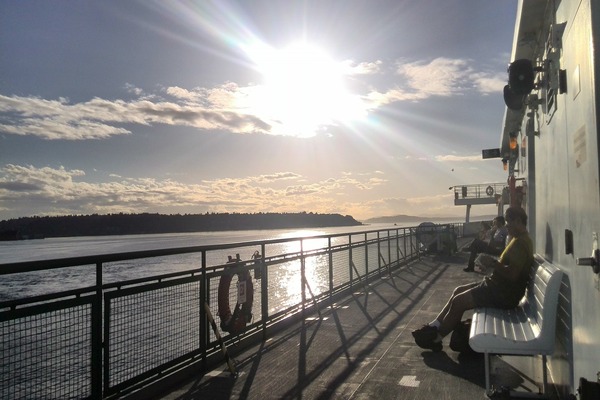 Even though all the WPI fellows are used to figure out hard questions in a couple of seconds, none of us has been able to give a suitable answer to a very simple one: What did you like the most of this trip? Tons of memories come back and forth and most of us claim that we haven’t had time enough to process and organize the lessons we have learned in this journey. For my last blog, I offer you an overview on some of the remarkable moments and stories that I’m planning to share with colleagues and friends when I return back to Venezuela.

10. Meditating in boat and ferry rides

Sailing across any of the ten thousands lakes of Minnesota, admiring the architectural richness of Chicago from a boat tour, or just enjoying the sunset sitting in a ferry in the Elliott Bay of Seattle, either small and big boats have provided us with time and spaces to share professional thoughts, personal projects and emotional feelings about our lives before and after this trip. Some of us have been so lucky that we have been able to take important life decisions after contemplating inspiring landscapes that open new horizons to the mind and the spirit. 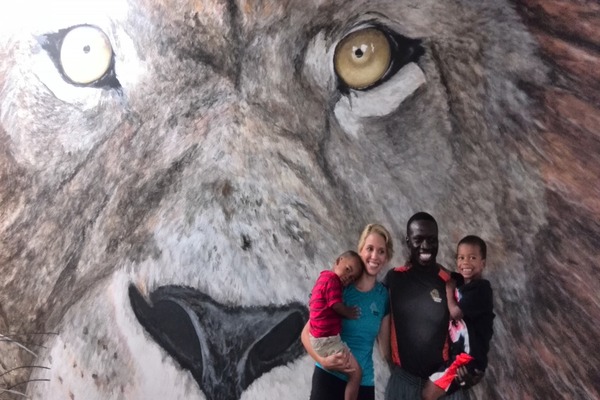 9. Stephen Menya and the Lions Gym, a story of success

Located in the 4123 West Broadway Avenue of Robbinsdale in Minneapolis, the Lions Gym is a sample of how far human willing can goes. Its owner, Stephen Menya, is a 42 years old Kenyan immigrant that achieved to build his own business after getting a loan of 30 thousand dollars with the advisory of the African Development Center, a non-profit organization that provides training, lending, and technical assistance to helps African immigrants and refugees to get integrated in the financial system. “They understood my ethics of hard work and helped me to become what I wanted to be”, said Stephen to a group of us that went to visit him in the beginning of the trip. He just installed a clinic and is on his way to become chiropractic. 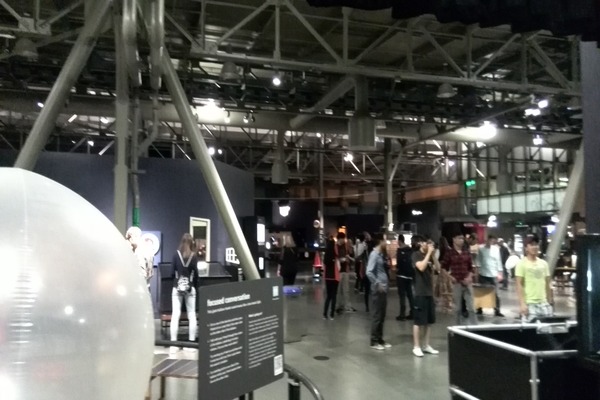 8. The potential of innovation

Visiting the Centers for Disease Control and Prevention in Atlanta, the Seattle Biomedical Research Institute, or the Tech Museum of Innovation in San Francisco reminded me how important is to believe in the power of knowledge to build better human beings and healthier societies. Studying, testing and investigating not only help us to reach vaccines for curing physical diseases, but keep us away from the temptation of solving conflicts by violent means. Having an outbreak of a virus called Chikungunya in my country made me miss a political discourse that claims for education as the best way to promote people’s empowerment. 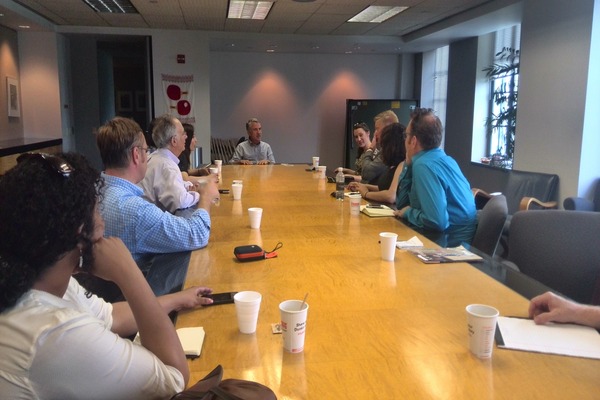 He writes two columns every week for the New York Times, aiming always to produce a reaction among his readers. In a meeting with the WPI fellows in Washington, he confessed that reporting everyday is the key to follow the track of what is happening and traveling makes him be as close as possible to his subject of writing. “If you don’t go, you don’t know”, he shots. Moreover, Friedman pointed out that he follows four steps for keep writing: asking himself what he thinks or feels about an issue, making “crazy connections” and testing them with experts, making his wife to read everything he writes, and deciding his topics alone. It’s up to us now to test the formula and see if we can make it works. 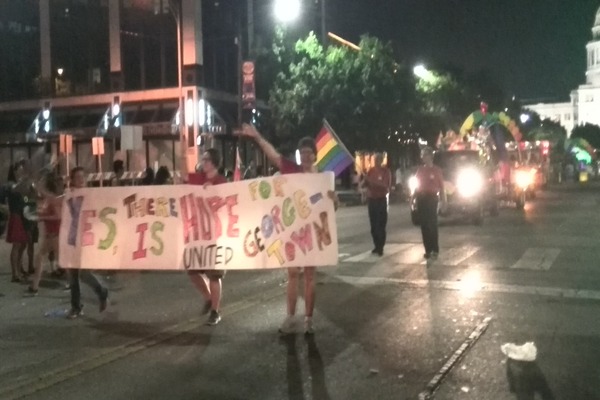 A huge gay parade in Austin. Hispanos, African Americans, and Asians sharing neighborhoods peacefully in San Francisco. Coming from a country where polarization pushes people to deny the rights of others just because they think differently allow me to enjoy specially the diversity of identities, believes and origins that I saw along the trip. Building public institutions based on the rule of law seems to be the key for making cohabitation feasible and sustainable over the time. 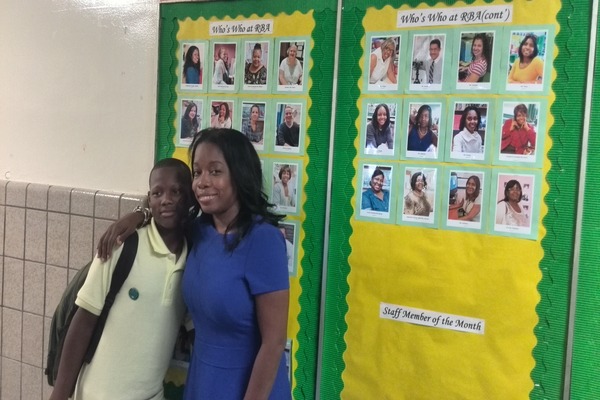 5. Ms Douglas, the teacher of Brooklyn

Ms Douglas is the principal of the M57 School, an institution that aims to overcome poverty and social segregation by educating kids and teenagers from the African American and Hispanic communities of Brooklyn. It was inspiring to hear her explanation on how low expectations from parents and teachers towards young boys’ future made them more vulnerable than girls to get involved in drugs and crime, and how the teachers in this school struggle every day to bring down those barriers. Developing countries are full of teachers with this strong vocation. Unfortunately they have even less public resources than Ms Douglas to overcome those challenges. 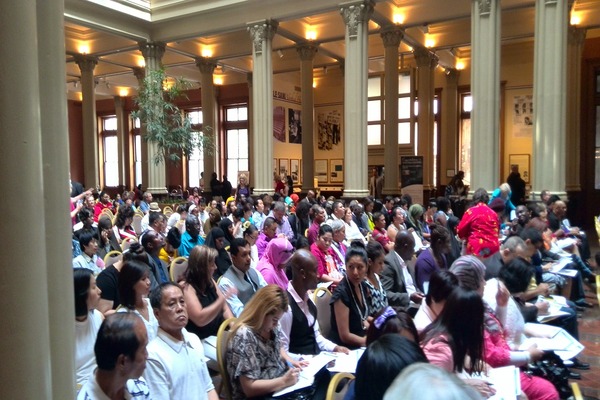 4. Becoming a US citizen

On Wednesday August 20, the WPI fellows attended to a naturalization ceremony in the Landmark Center in Saint Paul. Hundreds of immigrants became US citizens that day. Coming from Mexico, Ecuador, Somalia, Israel, Indonesia or Pakistan, all of them had in common the strength to pursue the dream of having a better quality of living. They left relatives, friends and belongings behind. Indoors they speak their maternal tongues and cook the traditional dishes of their countries. Outdoors, they speak English and assumed the US way of living as their own. 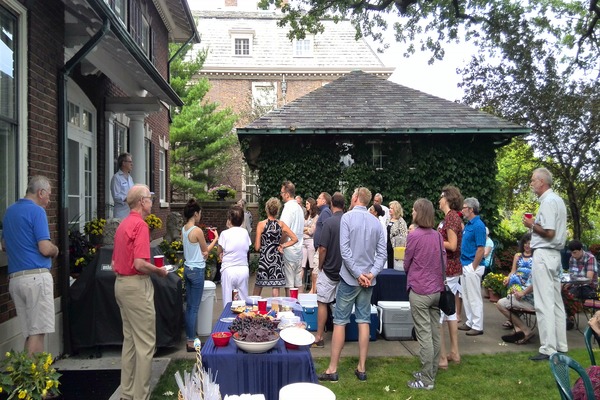 3. The host families and the WPI team

They’ve been our friends, parents and support in the US. They had provided us with suitcases, rides to Mall of America and homemade dinners. Having host families and coordinators from the WPI in each city allowed us to have the human touch of the US society. I hope we had achieved to teach you something new and interesting from our countries and cultures. Regardless we were are from, human beings fell and think pretty much the same everywhere. 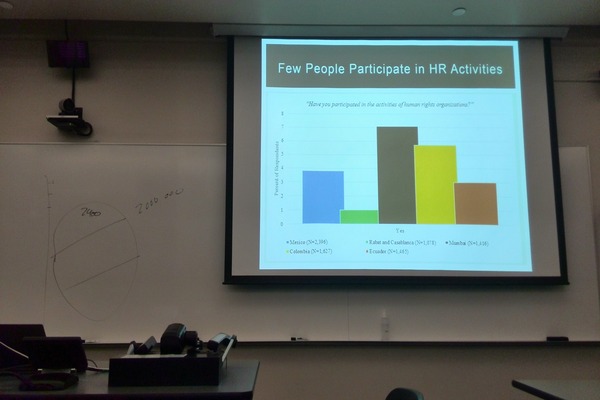 Politico, Propublica, the Minnpost, The Atlantic and of course, John Ullman from the Investigative Reporters and Editors. I apologize if I don’t mention all the organizations and their spokespersons that showed us new tools and techniques for interpreting data and presenting findings. All of them reminded us that investigating journalism requires not only knowledge but also passion and discipline to become a story into breaking news by showing the facts and analyzing the context within it takes place. 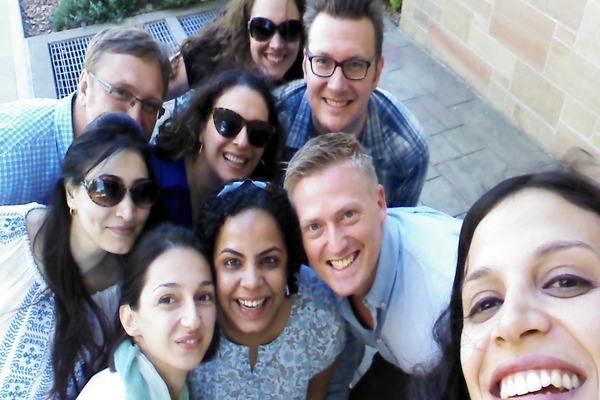 1. Daily living with the WPI fellows

Ivo’s techniques to write books. Denni’s analysis on corruption in petro-states. Jonatan’s approach to covering mafias in Copenhaguen. Shalaila’s coverage of the parliamentary source. Mandakini’s documentaries about pharmaceutical companies in India. Sumeera’s coverage on Taliban areas. Ilina’s knowledge on stock markets. Camilla’s explanations about breaking news of the Pistorius trial. I learned so much of each one of you, guys. Thanks a lot for sharing thoughts, medicines and burgers with me. It was the best to be part of the Worst Group Ever. Thank you all…