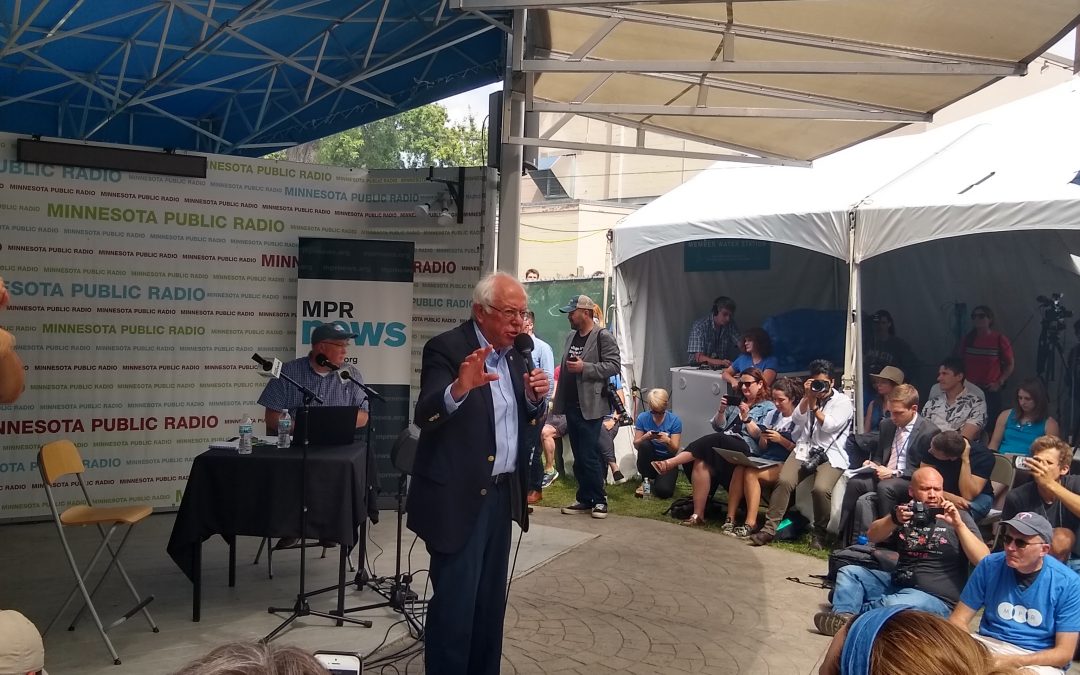 “Trump is an imperfect messenger, but Democrats failed people”

As I entered the gates of the Minnesota State Fair on its opening weekend, the scene around temporarily transported me back to South Asia. A sea of people, scorching sun and scores of food vendors, including those selling footlong hot dogs and shaved ice. What brought this fair experience closer to any other gathering in the subcontinent was another important recipe it offered: politics.

One of the top Democratic presidential candidates for the 2020 U.S. elections, Bernie Sanders spoke to his supporters from Minnesota Public Radio’s stand at the fair.

At the “Great Minnesota Get-Together,” where most people seemed to care more about what they could find to eat next on a stick, some people gathered to listen to Sanders. The constraint of space and positioning of the podium made an interview with Minnesota Public Radio look like a big political rally.

He arrived on time, answered a few questions from the host and audience for about an hour and left to visit different stands at the fair. Occasionally shaking hands with people and signing autographs, Sanders tried to remind US citizens that he deserves a chance this time to become president.

“…It is absolutely imperative for this country that we defeat the most dangerous president in American history,” Sanders said during the interview session. He referred to President Donald Trump “as pathological liar who conducts public policy via tweets, and is a racist, sexist, xenophobe, homophobe and a religious bigot.”

Sanders claimed to have panacea for all the complex problems, the United States is facing under Trump, if given a chance to lead the nation. From immigration, abortion rights, unemployment, student debt, health insurance, gun control to climate change, Sanders promised a change in all spheres.

While I was keenly listening to Sanders and scanning through the crowd observing reactions, a man, smirking and wearing both spectacles and shades, seemed largely unimpressed. Turns out the man is 66-year-old Jack Follmer, a computer programmer in the airline industry, a self-described Trump supporter. He said he came to listen to the politician – Sanders – he dislikes from the party – Democrats – he divorced many years back. 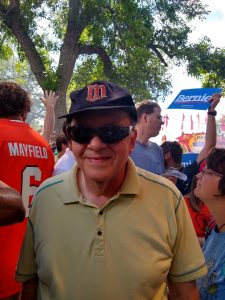 “Democrats have gone far too left and that pushes me further away,” said Follmer, who waited for about an hour at the MPR stand to see the Sanders interview.

This Minnesota resident of German ancestry, Pennsylvanian upbringing and a stint of employment in Washington, D.C., claims that he was completely aware of the change in the nature and dynamics of politics and politicians, and the impact of both on the people.

For the safe and secure future of the US, Follmer believes, Trump should continue as the President and he is going to vote for him again in 2020. However, Follmer was quick to add, “He is an imperfect messenger.”

For the safe and secure future of the US, Follmer believes, Trump should continue as the President and he is going to vote for him again in 2020. However, Follmer was quick to add, “He is an imperfect messenger.

The computer programmer said he understands firsthand how the divisive nature of today’s political climate is creating tension, including in his own family. “There is polarization in families and at the work place as well, and it has become hazardous to talk about it,” said Follmer, adding that he believes the 9/11 attacks united the country briefly, but divided it harshly for many years to come. “Action against terrorism turned into an anti-Muslim campaign, which is not acceptable and many people in U.S. are falling prey to such ideologies in different forms,” he claims.

And despite his political differences with the Sanders fans, after the rally, he swirled away into the crowds with them. For his part, Follmer planned to grab a bite of his favorite hotdish on a stick.