Brazil is all about football – or soccer, as you call it in United States (I don’t know why). Many, many Brazilians go crazy with those 20 men running for 90 minutes after a ball with the only purpose to kick it inside a goal, while other two men in opposite sides of the field try to avoid this fate. 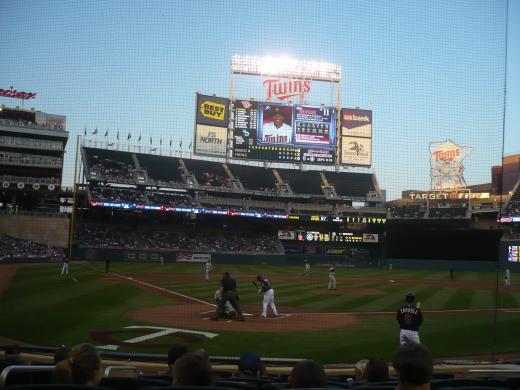 In other hand, Americans have never been enthusiastic about soccer (or football, as the vast majority of the world calls it and goes crazy in each World Cup season). As the movies and series show us, United States is all about the so-called American football, baseball and basketball.

As I am in America, I had the opportunity to be two times in a baseball stadium. The first time was on August 29 in the Target Field, in Minneapolis, where I and my Colombian fellow Wilson Vega saw the Twins playing against the Seattle Mariners. The second time was on September 19 in Boston, the 8th city we are visiting by the WPI program. In the Massachusetts capital, we got a tour on the Fenway Park, the Red Sox’s stadium.

I wanted to watch a baseball game in Minneapolis to try to figure out its rules and, most of all, to understand why it attracts so much attention not just in America, but also in countries like Venezuela and Japan. The reason for that is the fact that for Brazilians and people whose the main passion is football/soccer, such as my Hungarian fellow Daniel Renyi, baseball seems a boring and pointless game.

I and Wilson saw the game in the Target Field after being gently invited by Indian Neha Dixit host family – and we received no ordinary tickets. As her host family has tickets for the whole season, we were part of 400 out of 39,504 fans (the stadium capacity) that could enjoy a great dinner before the game and free beverage and a lot of candies during the period of the game and after it.

After the dinner, we left the restaurant to find out where the great seats, also provided by the tickets, were. And suddenly we saw ourselves in this great and crowded place, full of light, huge TV screens and those guys pitching in the green field, hitting the balls to make them go away, running to the bases and trying to score.

Neha’s host family patiently explained me that bunch of pitching, why sometimes the guy who is trying to hit the ball is out after three attempts, while other player seems to have four to five chances.

Long story short: the goal in the baseball is to complete the path between four bases. The players are able to move to the next base when, after hitting a ball pitched, the rival team takes a time to catch it or doesn’t catch it at all, which enables one player to do the home run – running through all the four bases in just one round.

I pretty enjoyed myself in the stadium, not for quite understanding the rules of the game, but just for the fun of it. People really seemed to have a great time with all the food, beers and music that kept rolling to make the audience interact with the game and to incentive their team. As our guide Ed Carpenter in Boston said to us, “baseball is not just a game. It is a social event.”

That was clear to me for all the entertainment related to the game. People in Target Field waited to see themselves on the big screens, which sometimes showed just kids (kids cam) or stimulated others to exchange a moment of intimacy in front of a lot of strangers (kiss cam). Many also volunteered to participate in dancing contests, basically making fool of themselves in front of thousands of people. 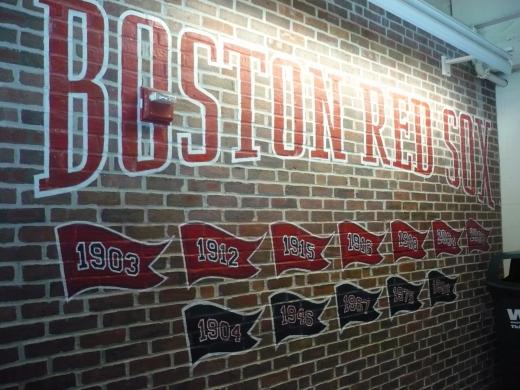 But, it is ok. By the end, it really doesn’t matter if you know the exact rule to understand the game or if you don’t perceive why the game itself isn’t entertainment enough for the fans. All that does matter is the sound of the crowd yelling when they realize a promising move and the sound of happiness when it comes true in the form of a score.

At that point, you can help yourself and suddenly you are also clapping hands, standing up, cheering for a team you’ve just met and enjoying this feeling of sharing a passion. That is the emotion of any sports. They kind bring us all together.