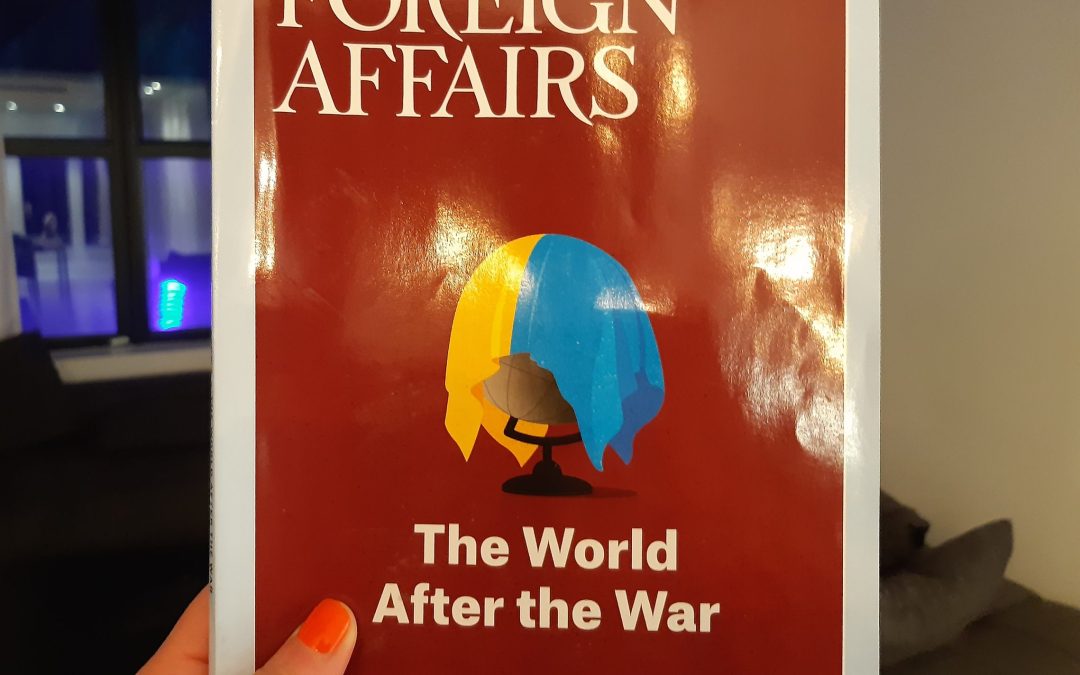 Did The Cold War end – or not?

During our days in New York City this April, we visited The Council on Foreign Relations (CFR). Leaving the posh building, I carried their over 200-pages magazine Foreign Affairs in my purse. It had a stunning cover: a globe covered by a hanging Ukraine flag with the text “The world after the war” (May/June 2022). 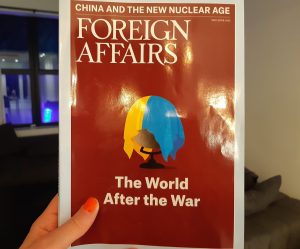 Experts from around the world write to this established periodical, and I was excited to find American philosopher and political theorist Francis Fukuyama’s essay in the pages. Fukuyama is best known as the author of “The End of History and the Last Man.”

For the CFR periodical, he wrote about the importance of nations and liberal nationalism. In “A Country of Their Own – Liberalism Needs A Nation,” he writes how national identity plays an important role in Russia attacking Ukraine. “President Vladimir Putin claimed that Ukraine did not have an identity separate from that of Russia and that the country would collapse immediately once his invasion began,” he wrote.

Fukuyama has stated to The News Statesman UK Edition in March 2022 that his ultimate nightmare “is a world in which China and Russia work in harness with one another, perhaps with China bolstering Russia’s war and Beijing launching its own invasion of Taiwan.” If that happened, we would be living in a world that was being dominated by these non-democratic powers.

“If the United States and the rest of the West couldn’t stop that from happening, then that really is the end of the end of history,” he wrote.

The war in Ukraine has come up in almost every meeting we’ve had with the WPI program this far. It forms a new kind of security threat, involving nuclear weapons. Executive Director, Daryl G. Kimball from Arms Control Association told us in Washington, D.C., that there is a higher risk of nuclear weapon use today than we’ve had since the Cold War ended.

On the other hand, Stephen Kotkin, FPRI Eurasia Fellow and the Birkelund Professor in History and International Affairs at Princeton University, wrote in his essay to the newest Foreign Affairs that the Cold War never ended. “Whether the world has now reached another greater point depends in large measure on how the war in Ukraine plays out.” There, Ukraine again! He also pointed out that now is the first time in history when China and the United States are great powers at the same time.

I have been told several times that the Cold War actually ended in a surreal rock concert in Helsinki in in June 1993. Finnish rock band Leningrad Cowboys with surreal uniform excessive hairstyle and clothing performed in a concert together with the legendary Russian Red Choir in Senate Square. The Finnish Group and the Alexandrov Red Army Choir and Ballet, performed together for tens of thousands of people in the very center of Helsinki.

The audience was cheering for “Sweet Home, Alabama” and to more traditional Russian classics like “Kalinka” and “Son of the Volga Boatmen”. And I myself was in that massive outdoor and free concert too, hardly an adult yet in my pink jeans jacket covered with band logos, being one of the happy and hopeful Finns witnessing this great collaboration of the East and the West.

I have been listening to that gleeful recording from Senate Square from time to time. For a long time, it felt like a promise of a united tomorrow. With the recent events, this lovely and innocent memory has turned sour for me.

How big of a nuclear threat is North Korea to the world in 2022?

In case you got interested in that Leningrad Cowboys and the Russian Red Choir concert from 1993? You can watch it here.