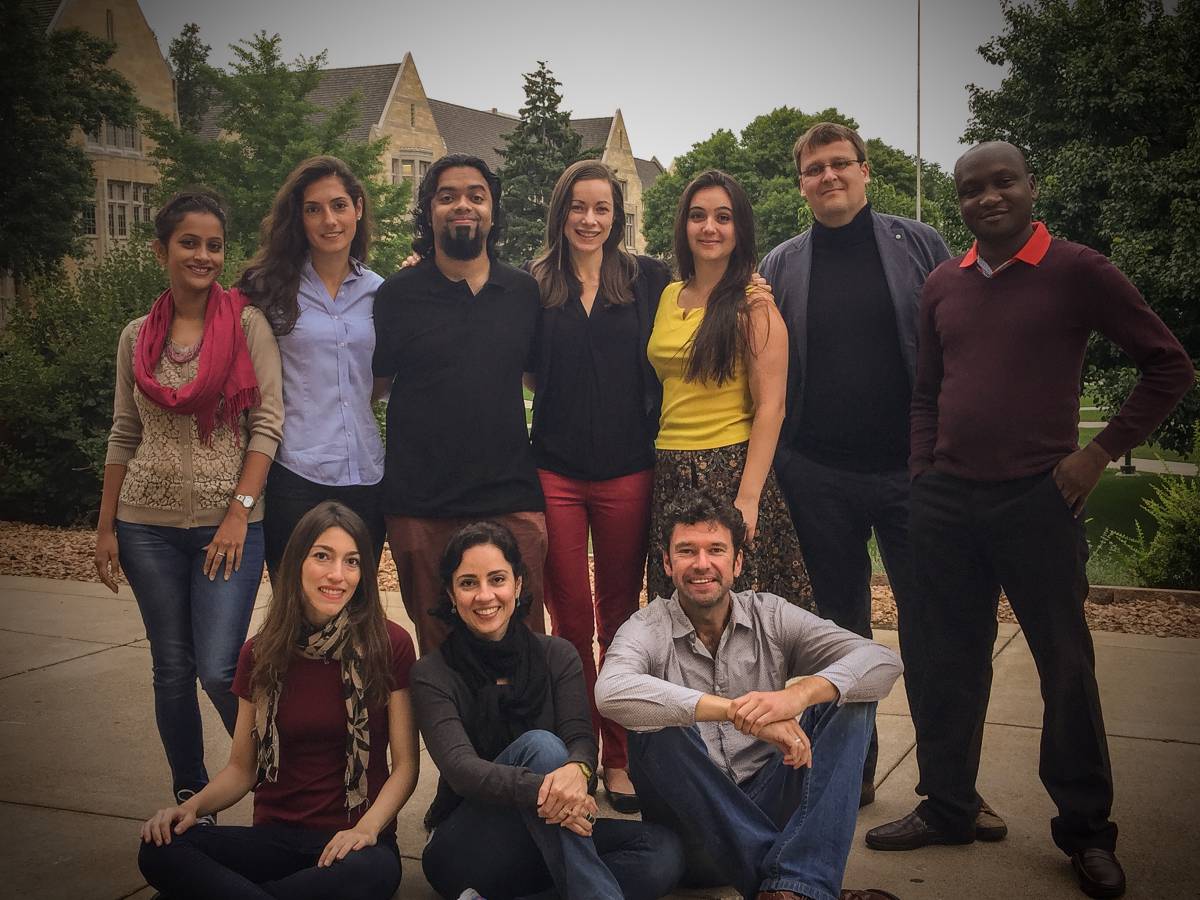 Maia Jastreblansky writes about politics and corruption and is a member of La Nacion’s big data investigative team.

“I sought the WPI fellowship because I think it will provide me with a leap in my career. It will open the doors for better work in my newspaper and will promote the exchange of experiences with colleagues from other countries. I expect to gain an unforgettable experience by being in touch with nine other journalists from around the world, with their own culture and their own way of doing their jobs. I was fortunate to be able to talk with a prestigious Argentine journalist who participated in the WPI fellowship program in 1963-64, and the experiences he shared with me were very inspiring.”

“I’m fascinated by American politics and culture. From a professional perspective, it is an extraordinary opportunity to travel around the U.S. learning about journalism from the best in the business, while surrounded by people who are passionate about news. The WPI fellowship will allow me to broaden my experience and gain an appreciation for how other journalists do their job – particularly those who work in environments where they are at personal risk, and put their life on the line to tell a story. I also believe it’s an excellent opportunity to see how journalists around the world are adapting to the changing nature and pace of news.”

“I believe in the power of cartoons, particularly editorial and political cartoons, as a tool for awareness of social injustice and political challenges. I want to learn how to integrate my craft within and across different forms of media organizations – for example, how can I leverage social media to enhance readership and the reach of news items and cartoons? Though the Bangladeshi cartoon industry is booming at the moment, we don’t have any institutions at which to train and it is causing a host of problems for the self-taught cartoonists, especially in areas of journalistic ethics, self-censorship and freedom of speech. Through the WPI fellowship, I want to meet American newspaper cartoonists to exchange views on these issues and also to share the experience of doing cartooning during turbulent political seasons.”

Michelle Marinho is responsible for the overall content of the international news program “Sem Fromterias” (“No Borders”) for GloboNews television.

“As a journalist, providing the public with nuanced coverage of the events taking place around them requires a sense of, and clear priority for, context. To provide this, a grounded level of intimacy with the history, politics, and people being written about is paramount. I am participating in the WPI fellowship program to augment my knowledge and understanding of these specific things in American society. I know that the WPI fellowship program highlights the importance of listening to the two sides of a story, a fundamental value to the journalism I practice. Effective reporting often boils down to relaying not only an event, but also conveying the reality of the conversations taking place on the ground. Voices, perspectives, and individuals matter, and serve as the cornerstones for balanced journalism.”

“I want to get a close glimpse of the American model of news production. I will be especially interested to see the role of the so called field producers, because when I make my documentary movies I do my shots only with my cameramen. And I want to experience the “American way” of doing TV news and hope to implement this knowhow into our newsroom. Now is the time for me to learn new skills and to implement them in my work. The two-month period of the WPI fellowship is the perfect amount of time to spend away from my daily obligations as a journalist. The WPI fellowship will grant me the opportunity to gain experience from the best American journalists, which I will be able to use later in Bulgaria.”

Jussi Niemelainen manages a team of 15 writers and correspondents as head of the foreign news desk at the Helsingin Sanomat newspaper.

“Being a journalist covering international news, it is almost embarrassing how little I know of the U.S. I do subscribe to several American magazines but they are all from the east coast of the United States. I suppose that explains why I regularly get surprised by American voting results or topics they debate hardest. I feel I now need a good crash course on American thinking and way of life as well, especially after recently living in Russia for four years. My friends and former WPI fellows Kaius Niemi and Olavi Koistinen have been the biggest advocates of the fellowship because they feel it opened the U.S. for them in way they could never have guessed. Seeing the U.S. with a structured, well-planned itinerary sounds like an ideal way of getting a grasp of all of America.”

“There are two main reasons why I applied for a WPI fellowship. The first reason is I don’t know the heartland of America yet. Second, I believe that the U.S. is one of the countries in the world with the most fascinating and innovative media landscapes. I would like to gain a deeper insight into how digital technologies are revolutionizing our daily lives and our use of media. Within the last two decades, technological innovations from the U.S. have dramatically changed the way we communicate with each other and how we use the media. I would love to deepen my knowledge about this process and learn how journalists in different regions of the U.S. and fellows from all over the world deal with this historical change in journalism.”

Priyadarshini Sen reports and writes articles about people at the fringes of society for the features department of Outlook magazine.

“At this point in my career, I wish to explore the challenge of working in unfamiliar cultures and report on global issues. I expect that the WPI fellowship program will introduce me to journalistic practices in the U.S. and it will also give me a clearer understanding of the ways in which the most pertinent social issues in the U.S. are addressed and investigated. I’m also keenly interested in the cultural, commercial, scientific and political connections between India and the U.S. I wish to learn the dissimilarities between the two societies, and also areas where they overlap.”

“In the recent past, the Kenya media has come under increased censorship from the government despite the fact that a new constitution passed in 2011 protected the freedom of the press. As such, our managers have had to shelve a number of key investigative stories that were highly critical of the government or exposed vices such as corruption in state institutions. I am looking forward to learning how the media in the U.S. operates under such government pressures and what constitutional rights enable them to do their work freely as opposed to how it is in my country. In addition, I would like to learn how the traditional media organizations are coping with the arrival of new media such as Facebook and Twitter and how to incorporate new techniques such as data journalism to enrich my stories.”

Ms. Iuliia Mendel, editor and anchor of “Without Words” Espreso TV in Kiev.

“My principle objective in attending the WPI fellowship program is to learn the best practices of journalism from experienced colleagues in the U.S. Ukraine needs deep reforms. We don’t always like to admit it, but our professional journalistic ethics also needs serious improvement. Seldom are Ukrainian reporters held accountable for facts and frequently politicians pay for materials presented as news. From the impressive schedule of speakers and seminars, I hope to gain a practical methodology for reporting accurately on government and social institutions. I also think U.S. journalists’ challenges and experience writing on ethnic and racial divides can have lessons for Ukraine as it faces its own divided society.”